It’s human nature for a percentage of the community to want to rig the game; we’ve ranted before about pay-for-post middlemen before now there’s a new social media pimp on the block – USocial. 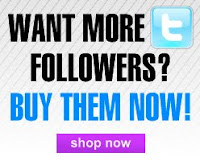 Well that was the case until a couple of days ago, Facebook has said this service breaches its terms of service and served papers on uSocial, who in response has temporarily suspended its Facebook ‘friends’ service (but is still advertising its ‘fans’ service).Also we’re not sure how but it appears USocial has been collecting Facebook login information which is says it will now delete.The company also claims to boost Twitter followers with several different offers, from 1,000 followers in a week for $87 to 100,000 within one year for $3,479. Surely we won’t have to wait long for a response from Twitter.

It’s suggested that you can market to these people (whoever they are, if they exist) and of course claim your company has more clout that it really does.

The 21st century equivalent of the direct mail list? Maybe so but somehow this practice seems both more personal AND even less connected and relevant, making it sadder and slightly grubby in the process.

It’s human nature for a percentage of the community to want to rig the game; …

It’s human nature for a percentage of the community to want to rig the game; …